Amid heightened tensions in the Persian Gulf, Iran unveiled its proposal for security in the region entitled ‘Hormuz Peace Endeavor’ (HOPE) during the September 2019 U.N. General Assembly. Iran’s invitation for all Persian Gulf littoral states – Bahrain, Iraq, Saudi Arabia, Oman, and the United Arab Emirates – to join HOPE elucidated a series of objectives and principles as well as a roadmap for Tehran’s “subject oriented and inclusive plan” for security in the region.

Iran has long advocated for a collective security system in the Persian Gulf without the involvement of non-regional powers, often invoking U.N. Security Council Resolution 598 which ended the Iran-Iraq War as the legal basis for such an initiative. Beyond establishing a ceasefire between Iran and Iraq, Resolution 598 called upon the U.N. Secretary General to explore “measures to enhance the security and stability of the region” through consultations with Iran, Iraq, and neighbouring states. Throughout the 1990s and 2000s, Iran would continue to propose various initiatives similar to HOPE though both the timing and the political will prevented these ideas from coming to fruition. The devastating consequences of COVID-19 at both the regional and global level may pave the way for a “moment of opportunity” by encouraging countries to mitigate further economic risks, instigated by instability.  In March 2020, the UAE’s provision of medical supplies to Iran was indicative of the interconnectivity of Persian Gulf security. Once the crisis surrounding COVID-19 subsides, Europe should engage Iran on HOPE’s ‘Plan of Action’ to facilitate multi-faceted dialogue at the expert and official levels as well as determining appropriate measures for de-confliction and crisis management.

A lack of consensus on security in the Persian Gulf

Like Iran, regional and external actors have put forward various collective security concepts and proposals. As an extension of Washington’s ‘maximum pressure’ campaign against Iran, the United States sought to establish an American-led security alliance in the region, commonly referred to as the Arab NATO. In contrast, Russia’s ambitious 2019 proposal envisages the participation of the U.S., Russia, China, and Europe in an OSCE-like collective security architecture for the Middle East. Though Post-Brexit Britain diverged from most of Europe by adopting a harder line of deterrence on maritime threats, the European-led maritime surveillance initiative to ensure freedom of navigation has demonstrated that a European regional presence could be an important stabilising factor for maritime security in the Persian Gulf. For both regional and external actors, the absence of a consensus on the framework, principles, and scope of an arrangement for Persian Gulf security underlines the need for a meaningful evaluation of the merits and points of engagement across the numerous proposals and initiatives.

Whereas Iran’s vision for security in the Persian Gulf seeks to minimise the role of non-regional powers, the global significance of the Strait of Hormuz for energy security and the international naval presence in its immediate vicinity suggest that any solution requires the involvement of external powers that remain enmeshed in the politics of the region. That being said, rather than viewing Iran’s proposal as a veil for hegemonic aspirations or as empty propaganda, the Euro-Atlantic community should seize the opportunity to facilitate engagement with Iran, its Persian Gulf neighbours, and the main external actors active in the Persian Gulf.

HOPE presents an opportunity for the Euro-Atlantic community to constructively engage with Iran and its neighbours, starting with inclusive and sustained dialogue at the expert and semi-official levels. Iran’s ‘Plan of Action’ proposes a combination of Track I and Track II engagement to “find common approaches” on energy security, freedom of navigation, arms control, information exchange, conflict prevention, and non-aggression. It also calls for the creation of “joint task forces to envisage practical measures to gradually build confidence and expand cooperation” related to a wide-range of military-security, economic, cultural, scientific, and humanitarian spheres. Rather than a comprehensive solution, HOPE could evolve into a regularised, confidence-building platform that addresses both the issue-specific challenges and broader questions about security in the Persian Gulf  akin to the forums for sustained dialogue and exchange during the Cold War.

It is crucial to promote common understandings and practices through engagement with not only the governments but also through sustained exchanges between expert, business, and technical communities. During the Cold War, the CSCE offered a peculiar security management institution designed to mitigate tensions and enhance East–West constructive engagement at the inter-governmental level. Despite countless proposals on the creation of a CSCE for the Persian Gulf, numerous factors such as the nature of the regional balance of power, the Gulf’s dependence on external military support, the persistence of deep-seated rivalries, and the absence of diplomatic relations between states pose significant impediments for a regional equivalent of the CSCE in the region. Nevertheless, the Cold War offers valuable lessons on the importance of regularised Track-II efforts amongst scientific and scholarly communities such as the Pugwash Conference and the Dartmouth Conference which established mutual understandings and formed the foundations for future institutionalised security regimes.

Existing Track II initiatives bring together experts from Iran and the GCC, however, closer interaction between the Iranian and American expert community in a setting that includes the Gulf states as well as Europe, Russia, and China could help identify the points of convergence in the various proposals for Persian Gulf Security while facilitating greater understanding on acceptable conditions for future dialogue. Given the state of U.S.-Iran relations, individual European countries, neutral actors, and even international organisations such as the E.U. or the OSCE are invaluable conduits for facilitating informal yet inclusive Track II discussions on Persian Gulf security. Even though the prospects of high-level U.S-Iran dialogue remains unlikely under the leadership Donald Trump, the absence of Executive Branch involvement should not deter closer consultation with members of Congress and perhaps, even, integrating inter-parliamentary exchanges into expert dialogue on Persian Gulf security. Congress has already called upon the Trump Administration to evaluate the various “bilateral and multilateral deconfliction channels” for the U.S. and Iran under Section 1227 of the 2020 National Defense Authorization Act.

Without resulting in full-scale rapprochement, these discussions are crucial to determine tacit or verbalised norms of competition and co-existence in the region. Due to the level of distrust, emphasis should be on process rather than the outcome of any form of sustained dialogue at either the expert or official level. Of course, in the future, the experience of dialogue could provide the ideas for a politically binding code of conduct that elaborates on issues of non-interference and non-aggression and articulates the ‘rules of the game’ between states operating in the region.

The escalation of tensions surrounding the Persian Gulf points to the extraordinary imperative of establishing military-to-military channels for communication and de-confliction, and to avert devastating consequences of an unintended military escalation. HOPE explicitly calls for the “‘initiation of a process of rapprochement through dialogue, confidence-building measures and mutual respect” amongst regional states. This was echoed by Foreign Minister Javad Zarif on the need to establish “hotlines, early warning systems, military contacts and the exchange of data and information” between Iran and Persian Gulf states. However, the globalised nature of Persian Gulf security, maritime transport, and naval activity necessitates a broader framework for military contacts and information exchange.

The dependence on U.S. military support by numerous states in the Persian Gulf points to the importance of evaluating the merits of various backchannels and intermediates for Iran-U.S. crisis prevention and crisis management measures. Such an arrangement would be in line with the International Crisis Group’s recommendation of a framework “for third-party intermediaries to link counterpart U.S. and Iranian officers of higher rank and authority, and on a more structured basis” than existing channels of communication between Iranian and American military officials. Beyond the traditional option of Oman, an arrangement involving Russia with a European country such as France or Germany might also be conducive to de-confliction measures considering the growth of Russian and Iranian military-to-military contacts over the past decade combined with Moscow’s ambitions to assert itself as a responsible great power in the Persian Gulf. For example, the experience of Russian engagement with Europe, in particular France, on de-escalation in Libya could be extended as a framework for de-confliction measures in the Gulf.

Confidence-building and de-confliction measures pertaining to maritime and naval security – either at the bilateral or multilateral level – should be loosely guided by the principles of Incidents at Sea Agreement (INCSEA). Adapting INCSEA for the Persian Gulf requires a realistic yet flexible approach to clarifying the procedures necessary to prevent provocative actions and to provide for increased communication. In the distant future, engagement with Iran along the framework of INCEA could provide the foundation for a multilateral arrangement such as the Code for Unplanned Encounters at Sea (CUES) in the Asia-Pacific.

Throughout 2019, the escalation of tensions surrounding the Strait of Hormuz confirmed that the stability of the Persian Gulf is not simply a regional, but a global problem. Though Iran’s HOPE advances an intra-regional format, any feasible and lasting framework necessitates the involvement of all littoral states including all Persian Gulf littoral states as well as external powers with vested interests in maintaining stability in the region. Europe, in conjunction with regional and external actors, can assume an instrumental role by facilitating dialogue and improving mechanisms for direct communication at the inter-governmental level while also providing a forum for flexible engagement that allows for the exchange of information and dialogue among experts, military officials, and bureaucrats. 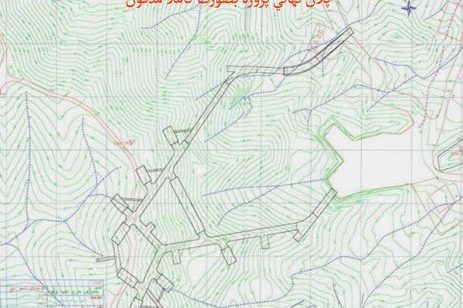