Meeting against the background of war in Eastern Europe, Alliance leaders declared the Russian Federation as the most significant and direct threat to Allies’ security and to peace and stability in the Euro-Atlantic area. The Russian challenge was accompanied by the parallel recognition that China’s “stated ambitions and coercive policies challenge our interests, security and values”, but there was no indication as to what practical measures, if any, the Alliance should be taking against China, except by implication the need for vigilance.

Despite nods towards environmentalism, cyber defence, terrorism and EU-NATO institutional cooperation, the Summit was above all about NATO once more organising itself primarily to deter Russia and defend allies.

The explicit designation of Russia as a “threat”, and no longer a partner, comes as no surprise. Since the Russian annexation of Crimea in 2014, NATO has been steadily reconstructing its collective defence arrangements with Russia as its main object. In the 1990s, NATO dismantled its linear defence arrangements in favour of an open-ended disposition to prepare for unspecified crises, as it intervened successively in the Balkans, Afghanistan, and Libya. Since 2014, NATO has deployed multi-national forces to its vulnerable and exposed Baltic members, as a sign of solidarity and reassurance. However, what was deployed to the Baltics was a token force, not capable of defending, and after the Russian invasion of Ukraine in 2022, not capable of reassuring. Madrid was recognition that reassurance was not enough; it had to be based on a credible forward defence.

Madrid was recognition that reassurance was not enough; it had to be based on a credible forward defence. Nicholas Williams and Simon Lunn

There were many decisions in the years before Madrid leading to the effective prioritisation of collective defence over crisis management. In 2019, NATO’s Military committee approved a new NATO Military strategy, which declared Russia as a “strategic competitor” which “must be contested”. From that, SACEUR developed a “strategic plan” to put in place once more the force structure capable of deterring and mounting a credible defence against Russia. SACEUR has therefore developed a comprehensive plan, as in the Cold War, to defend all areas of his responsibility. However, he has yet to secure the commitment of forces, their high readiness and their ability to deploy in time to their designated role in the plan. In other words, SACEUR has a plan for collective defence against Russia, but has to secure the means to realise it from NATO members.

So, NATO’s military authorities will, now as in the Cold War, begin the task of requesting, or rather cajoling, allies to provide forces to fulfil the plan. Jens Stoltenberg has already announced that NATO seeks to increase its high readiness forces to more than 300,000 troops. This is a very big ask. Nevertheless, in terms of collective defence against Russia, therefore, the Madrid Summit was a serious statement of intent. What was not stated explicitly in Madrid is that this will be a long and expensive process. The 2% of GDP goal for defence will not be enough. What was decided in 2014 as a target to aim for by 2025, is now described as a “minimum”.

The Allies also decided, Turkish hesitations notwithstanding, to invite Sweden and Finland to join the organisation. The accession of Sweden and Finland will help NATO significantly. These countries provide a hinterland from which to strengthen the defence of NATO’s most exposed and vulnerable members, Estonia, Latvia and Lithuania, particularly by sea and air. Their accession still requires ratification by all Alliance parliaments including, ominously perhaps, the Turkish parliament, which will be looking to see whether Sweden, in particular, has met Erdogan’s expectations. The accession of the strategically important Nordic states fills a much-needed capability gap in SACEUR’s strategic plan.

What becomes of the NATO-Russia Founding Act?

Madrid was remarkable for the absence, in both the Declaration and the Strategic Concept, of any mention of a future relationship with Russia. There was no mention of the future of the NATO-Russia Founding Act, signed in 1997, which enshrined at the very least NATO dialogue, and at best, cooperation with Russia. NATO pledged itself in the Founding Act to restrain certain of its conventional and nuclear capabilities in eastern Europe in return for Russian cooperation and acquiescence to NATO’s upcoming enlargement in 1999. As the Madrid commitment to strengthening NATO’s forward defence in the East will be incompatible with the Founding Act, one must assume that the Founding Act is overtaken by events and, therefore, no longer applicable. This would be short-sighted.

So, should NATO renounce the Founding Act and rely solely on deterrence and defence to contain Russia? It is noticeable that an unfamiliar word has crept into the NATO lexicon.  Henceforward, NATO’s military is mandated in the new Strategic Concept to “contest” Russian military activity (paragraph 20). It is not clear what this will entail, but it seems dangerously close to military confrontation and containment. Such a narrow approach contains the seeds of perpetual and expensive confrontation.  For the longer-term, geography and politics determine that, with or without Putin, Russia will always be there as a factor in European security and that some form of framework for “peaceful co-existence”, at the very least, will eventually be needed.

Russia will always be there as a factor in European security and that some form of framework for “peaceful co-existence”, at the very least, will eventually be needed. Nicholas Williams and Simon Lunn

The pursuit of arms control has long been seen as a necessary complement to military strength in NATO strategy to the degree that the NATO Secretary General was able to say that it was part of NATO’s DNA. However, Russian aggression and accusations of Russian violations have over time produced a more critical view of the benefits of arms control, taking second place to military priorities. Support for its role in Alliance strategy is diminishing. Madrid appears to have reinforced that trend.

The increasingly anomalous position of Turkey

The Madrid Summit exposed the increasingly anomalous position of Turkey. On the face of it, it was a triumph for President Erdogan. He achieved everything he wanted, particularly a commitment to facilitate the extradition of presumed terrorists. But, if Russia is indeed a threat, as the Summit agreed, including Erdogan, it seems inconsistent and paradoxical for Turkey to resist the accession of Sweden and Finland, two states now which can bring substantial contributions to defend Allies against the “most significant and direct threat” that they face. On the contrary, Turkey now sees Russia as more of a business partner than a threat.

The condemnation of Russia and support to Ukraine was sincere and firm, but NATO members displayed caution and unwillingness to involve the organisation itself directly in Ukraine, out of concern that a signal of collective NATO action might trigger an escalation from Russia. It seems that Russia has deterred NATO, more than NATO has deterred Russia.

The significance of the Summit lies in the adoption of a tougher and more robust approach to security through a renewed emphasis on defence, deterrence and, whenever necessary, confrontation.”, at the very least, will eventually be needed. Nicholas Williams and Simon Lunn

NATO’s Madrid Summit was a watershed. Allies agreed to strengthen all aspects of NATO’s deterrence and defence. This reflected an implicit recognition of the inherent weakness of deterrence itself. Putin was undeterred by the warning of sanctions from initiating force against a European state, a NATO partner. The significance of the Summit lies in the adoption of a tougher and more robust approach to security through a renewed emphasis on defence, deterrence and, whenever necessary, confrontation. The intent was clear. Whether allies can follow up on their leaders’ rhetoric against a background of looming economic crisis remains to be seen. 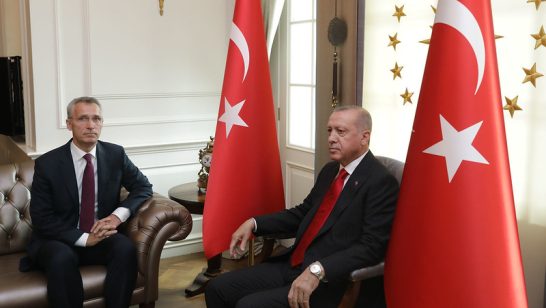 Turkey’s resistance to Swedish and Finnish NATO membership is an outward sign of a more profound shift in Turkey’s geo-strategic position, writes Nick Williams. Fast becoming a “semi-detached ally”, NATO members are hoping that Turkey will return to a more moderate stance after the country’s May elections. If not, the consequences could be calamitous. 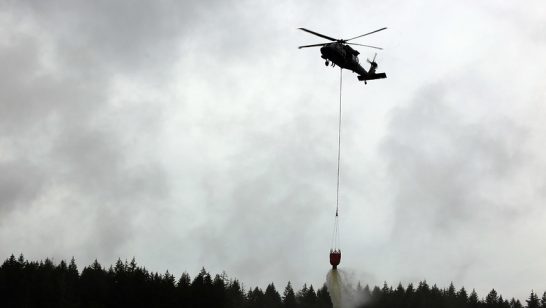 At a time when war rages at NATO’s doorstep, and collective defence coupled with rising defence spending is at the centre of everyone’s attention, ELN Policy Fellow Katarina Kertysova writes that managing to get 30 capitals to agree to an ambitious programme on climate security deserves applause. 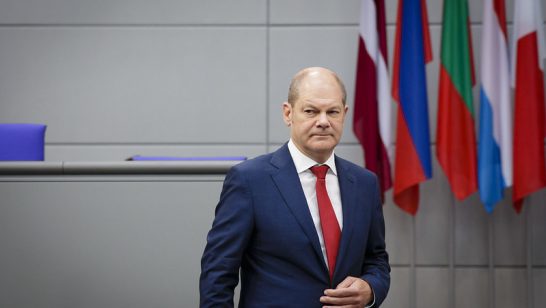