In Jacek Durkalec’s recent article for the European Leadership Network he identifies the Russian nuclear sabre rattling and other provocative military and political actions as raising doubts about the credibility of NATO’s nuclear deterrent.

I largely agree with his premise that NATO can and needs to do more to ensure that NATO’s deterrence posture remains robust and effective in light of Russian aggression and nuclear threats towards the Alliance. Echoing Cold War animosity, Russia’s strategy is now one of nuclear coercion, not stable mutual deterrence. As US Deputy Defense Secretary Robert Work stated, Russia “is literally playing with fire.” What to do about Russia’s imperialistic and coercive nuclear strategy?

An important point Mr. Durkalec makes is that NATO lacked clear and consistent messaging about its nuclear posture and the importance and necessity of maintaining nuclear weapons in Europe. The situation within NATO, however, isn’t quite as bleak as Mr. Durkalec suggests. As confirmed by NATO’s 2010 Strategic Concept and reaffirmed at the 2014 Wales Summit, all NATO Allies unanimously stated that they remain committed to maintaining both conventional and nuclear capabilities to deter any attack and, in the event deterrence fails, either defeat such an attack or make sure that the costs of war far exceed any possible gains to the aggressor.

Additionally, in NATO’s Deterrence and Defense Posture Review adopted in 2012 the Alliance agreed that “nuclear weapons are a core component of NATO’s overall capabilities for deterrence and defense” and that the nuclear force posture “currently meets the criteria for an effective deterrence and defense posture.” Nuclear weapons make a unique contribution “in rendering the risks of aggression against the Alliance incalculable and unacceptable” and therefore are essential to preserve peace. Again, no disagreement and no need or calls for a change of this policy among the Allies.

Given Mr. Putin’s recent aggressive actions and fiery rhetoric one can contemplate he will at some point test NATO’s resolve. NATO Secretary General Stoltenberg called Russia’s activities in the nuclear field “unjustified, destabilizing, and dangerous.” U.S. officials have noted the dangers connected with the alleged Russian military doctrine justifying first use of nuclear weapons in an “escalate to de-escalate” strategy — that is, the assumption that if Russia uses nuclear weapons in a local conflict, its opponents will cease resistance, thus de-escalating the crisis.

First, Allies’ “burden sharing” responsibilities need to be publicly acknowledged. These include participation in nuclear planning, training, command, control and consultation arrangements (which admittedly could be improved and enhanced), and operational missions. There is no better deterrence message than to see Allies actively engaged in a variety of tasks supporting the nuclear mission. Participation in the nuclear mission lends credibility to NATO’s nuclear posture and is a clear manifestation of Alliance solidarity.

Second, we should be clear that upgrading our current nuclear capability is not introducing any “new” capability. The nuclear force posture in Europe includes the presence of dual-capable allied and US tactical aircraft (DCA) and the B-61 gravity bomb. Not to be forgotten, the B-61 bombs serve a critical political purpose of coupling U.S. and NATO security. The Joint Strike Fighter will eventually take over the nuclear mission from the current DCA, while an improved variant of the B-61 is going through a ‘life extension program” to update its hardware and software. While these upgrades are critical, there are no plans to increase the number of U.S. tactical nuclear weapons in Europe.

Third, I strongly endorse Mr. Durkalec’s suggestion that NATO improve its intelligence gathering and analytical skills to provide an agreed assessment on Russia’s actions. But that’s harder said than done. The difficulty here is that NATO must rely on individual Allies sharing their information with the rest. Given previous security breaches within NATO this is difficult to do.

Finally, I also agree that to be fully credible, NATO’s nuclear posture and policy needs to be firmly articulated and communicated to Russia and other would-be adversaries.

If Russia continues to use nuclear threats and intimidation tactics, then the West will need to plan deterrence, response, and escalation control options that are credible and particularly tailored to the mindset of Russian leadership. Otherwise, Russia may see its own rhetoric as validated and NATO as weak. 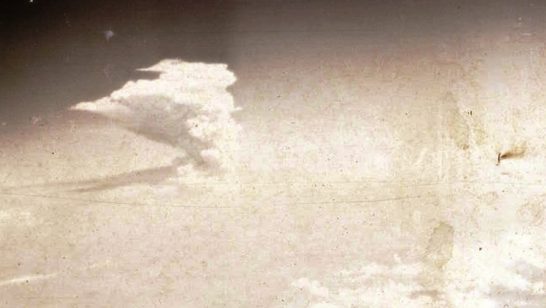 The nuclear ban treaty is coming into force. So what?

In January 2021 the Treaty on the Prohibition of Nuclear Weapons will enter into force as part of international law. Michal Onderco argues that to effectively contribute to nuclear disarmament, the TPNW will need to find new strategies to build broader support.