The Biden administration not only inherits a country where COVID-19 is surging and jobs are haemorrhaging, but he also takes over a perilous global landscape when it comes to nuclear arms control and disarmament. The Trump years saw the dissolution of the Intermediate-Range Nuclear Forces Treaty, and US withdrawal from the Joint Comprehensive Plan of Action (i.e. the Iran nuclear deal) and the Open Skies Treaty. President Trump has not extended New START, the last remaining arms control treaty, leaving 16 days for the new administration to work out an extension before the treaty expires.

The loss of arms control occurs amidst two opposite trends in nuclear disarmament diplomacy. On the one hand, the great powers are engaged in renewed global competition that includes nuclear weapon modernization plans. On the other, a large number of states partnering with a network of transnational activists are calling for all states to renounce nuclear weapons. The treaty enshrining this idea, the Treaty on the Prohibition of Nuclear Weapons (TPNW) will come into force on January 21, 2021, now that it has achieved its 50th ratification.

President-elect Biden has more experience with nuclear issues than most incoming presidents, and yet even those with significant expertise would face strong headwinds in advancing nuclear diplomacy over the next four years. What can we expect from the Biden administration in terms of arms control, nonproliferation, and disarmament? Where are the opportunities for progress? The actions the Biden administration might take on this front and the difficulty in achieving them fall into three general categories; relatively easy, challenging, and wishful thinking. As may be expected, the challenging and the wished-for items outnumber the easy tasks.

Let’s begin with the small number of relatively easy steps the Biden administration is likely to take to improve nuclear diplomacy. The first and most obvious action is extending New START for a full five years. Soon after this extension, the Biden administration should begin planning for a follow on agreement. Arms control agreements usually require years to negotiate so preparations must begin right away.

Next, the Biden administration likely will begin planning for the twice-postponed NPT Review Conference (RevCon), now scheduled for August 2021. The RevCon offers the Biden administration a golden opportunity to boldly recommit the United States to multilateralism and global leadership. Improving US rhetoric and showing a willingness to engage with the other NPT members will be relatively easy in this setting, but achieving a consensus outcome document or an otherwise successful conference fits in the “very challenging” and perhaps even “wishful thinking” category.

Next, we move to three challenging steps the Biden administration is likely to attempt: Reviving a nuclear deal with Iran, reducing the role of nuclear weapons in US defence policy, and establishing strategic stability talks with China.

President-elect Biden has committed to rejoin the Joint Comprehensive Plan of Action, known as the Iran deal, if Iran comes into compliance. Since one year after the Trump administration left the deal in May 2018, the Iranian government has slowly taken actions that contravene the deal. For example, today Iran possesses at least twelve times the enriched uranium it was allowed under the deal. More alarmingly, on December 7, a leaked International Atomic Energy Agency report indicated Iran was installing three more advanced centrifuge cascades at its Natanz facility. This week, Iran announced it would pursue 20% enrichment at its Fordow facilities. These steps occur in a period of increasing US-Iranian tension as the Trump administration has deployed an aircraft carrier to the region and Iran is still reeling from the assassination of its top nuclear scientist. June elections in Iran complicate matters further as Iranian President Rouhani will be more constrained in dealing with the United States during an election season in which hardliners attempt to limit Rouhani’s bargaining space. Both sides seek concessions before returning to the negotiating table—Iran wants the removal of sanctions and perhaps compensation for the US withdrawal and President-elect Biden wants Iran to return to abiding by the provision of the original deal. Achieving a new deal with require deft diplomacy, and may not be able to be achieved until after the Iranian election, if at all.

The Biden administration will begin a nuclear posture review at the beginning of the administration. The challenge of this exercise will be in attempting to lessen the role of nuclear weapons and perhaps even making a sole purpose pledge for nuclear weapons, while also recognizing the role for nuclear deterrence. Biden came out in favour of a sole use doctrine in his March/April 2020 Foreign Policy piece, writing “I believe that the sole purpose of the U.S. nuclear arsenal should be deterring—and, if necessary, retaliating against—a nuclear attack. As president, I will work to put that belief into practice, in consultation with the U.S. military and U.S. allies.” President Obama also initially favoured a policy of sole purpose but came up against opposition from allies and military leaders. President-elect Biden will also oversee the continuation of the US nuclear modernization program, though he may try to curtail aspects of the program with the goal of reducing US reliance on nuclear weapons. For instance, Biden is against the development and deployment of new low-yield nuclear weapons, called for in the Trump administration’s nuclear posture review.

A final challenge is persuading China to commence bilateral strategic stability talks with the United States. China is improving all aspects of its military posture and there are no regular bilateral talks between US and Chinese leaders on risk reduction and strategic stability. With both powers operating in the China Sea, a lack of dialogue on defence issues is irresponsible and dangerous. These talks may help prod China into eventual arms control talks with the United States and Russia.

The “wishful thinking” category includes some type of nuclear deal with North Korea, arms control that includes a broader swath of capabilities than previous agreements, and taking actions that promote the longevity of the nuclear nonproliferation regime.

Like the four presidents before him, President-elect Biden will seek to address the growing threat of North Korea’s nuclear weapons program. Biden is likely to work multilaterally on this issue, but even with partners and seasoned diplomats, it is hard to imagine a deal at this point in which the Kim regime will renounce its nuclear program. Perhaps some sort of cap would be more plausible.

In seeking follow-on arms control agreement with Russia, the Biden administration will likely seek to expand what is covered by the treaty. While a deal is possible, it is unlikely to be able to account for the full gamut of capabilities with strategic effect, to include new nuclear weapons, so-called tactical weapons, hypersonic missiles, cyber capabilities, and ballistic missile defence systems.

Finally, the Biden administration has the opportunity to take steps that will promote the longevity of the nuclear nonproliferation regime in the medium- to long-term. The regime has required the leadership of great powers: first to help establish treaties and agreements and then to promote them and adapt them as weaknesses become apparent. Currently, the United States, China, and Russia are not working together to shore up the regime for the long-term by taking such actions as promoting the universalization of the Additional Protocol and the norm against nuclear testing. Their only area of consensus in recent years appears to be denigrating the TPNW, a position that is not constructive for improving relations among NPT members. For the regime to persist, the great powers must work together to universalize existing agreements, set a path toward eventual disarmament, and in the long run, even find a way to bring in the non-NPT parties. Some of these steps are far off, but they will require years of persistent leadership. The Biden administration could begin taking those steps, but with so many other immediate challenges to address, promoting regime longevity fits into the wishful thinking category. 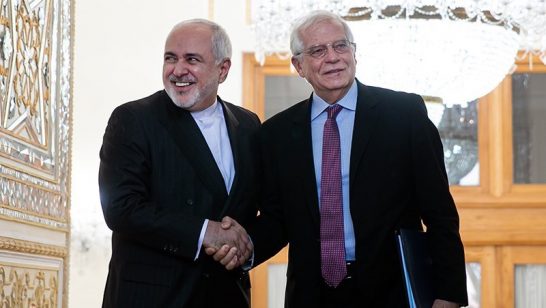