Among US President-elect Trump’s campaign statements on international issues, his intention to renegotiate the Joint Comprehensive Plan of Action with Iran (JCPOA) – qualified as “the worst deal ever negotiated”- is a cause of great concern. Trump did not specify the reasons for his hostility and, subsequent to his victory, he has not, for the time being, come back to this issue. But it is worth reflecting on the prospects when he does so.

The Iran deal is a major success story for the non-proliferation process. Through negotiations, without the use of force, it has prevented Iran from getting anywhere near a nuclear military capability, a goal the international community was unable to reach in the cases of the nuclear programs of India, Israel, Pakistan and the DPRK. Last year’s deal closed a dispute which had lasted for over a decade. The deal has become a key element in maintaining strategic stability in the region. Europe and the US, working hand in hand to accomplish the deal, strengthened transatlantic cooperation in the process.

Furthermore, as set out by Lord Hannay and Tom Pickering in a recent ELN joint article, the provisions of the JCPOA can serve as a model to address the never-resolved issue of how to deal with uranium enrichment and reprocessing in an international framework. Indeed, some of the Plan of Action’s provisions (establishing a link between the production of enriched uranium and the country’s actual non-military requirements; keeping uranium stockpiles permanently low; discouraging reprocessing; re-exporting the spent fuel; enhancing verification) could become a general “golden rule” for dealing with uranium and plutonium world-wide (see ELN article of June 2 2015).

Since implementation day on 16 January 2016, the terms of the agreement have been respected by all sides. In its latest report, the IAEA certified that Iran has continued to abide by the Plan’s provisions and the Agency continues to verify the non-diversion of declared nuclear material and to judge that there are no undeclared nuclear materials or activities. The EU Council lifted all nuclear-related economic and financial EU sanctions against Iran. The United States issued equivalent guidelines with respect to the lifting of U.S. sanctions. Russia and China, the other members of the E3/EU+3 negotiating team, are also strongly committed to implemention and so is the overwhelming majority of UN member states.

Should the US back out of its commitment, the international community would enter unchartered territory. One can only speculate on the consequences. Some believe that this would automatically provoke the collapse of the whole deal. Others are of the opinion that the deal could survive even without US participation but would cause seriously divisive effects especially among western states.

Withdrawing from the JCPOA would not be easy. As recently indicated by EU High Representative for Foreign and Security Policy Federica Mogherini, the deal “is not a bilateral agreement between the US and Iran. It is a multilateral agreement that we have negotiated .” The Plan is enshrined in Resolution 2231, unanimously adopted by UN Security Council, which must be implemented by all UN member states. A cancellation of this Resolution would not obtain the approval of the UNSC. Not abiding by its provisions would amount to a violation of a legally binding commitment which would be difficult to explain to domestic and international audiences and would be stigmatized world-wide. A renegotiation of the JCPOA would find no consensus. The rest of the world, including US allies, would refuse to abandon the political, economic and financial benefits of the JCPOA. The US would remain on its own in renouncing the advantages deriving from the deal, which others would be more than happy to grab. The export of passenger aircraft is only one of the benefits the US would lose to the advantage of its competitors. Unless Iran openly violates its part of the deal, introducing additional US national sanctions and secondary sanctions against countries and companies maintaining their trade with Iran, would provoke general uproar.

In a bold decision adopted a few days after the US elections, the Council of the European Union reiterated “its resolute commitment to the JCPOA….and the commitment to support its full and effective implementation, including by the lifting of nuclear related economic and financial sanctions”. It is clear from this statement that the EU has no intention of abandoning the JCPOA and wishes to maintain its dialogue with Teheran. This does not mean that all outstanding problems have been solved. The EU underlined its expectation for progress on other critical issues: human rights, the death penalty, missile programmes, equal rights, and regional responsibilities. To this list the EU should add the acknowledgement by Iran of the Israeli reality. However, the JCPOA’s sole and most urgent priority is the nuclear issue. The other outstanding problems will continue to be pursued but cannot realistically all be resolved from one day to the next. The other problems cannot be a justification for not implementing the nuclear agreement.

Once in charge Trump and his team will have to confront a situation in Tehran that has changed since the populist Ahmedinejad was in charge. A new more moderate, in some cases American-educated, leadership is part of the ruling establishment and played a key role in achieving last year’s nuclear deal. There is no doubt that withdrawal or non-implementation of the JCPOA would pave the way for the return of the extreme conservatives in Teheran. Like the critics of the deal in the West, the opposition in Iran strongly counters the JCPOA. Should the arrangement collapse, the present moderate leadership in Teheran could be swept away and, with the radicals at the helm, there would be no legal way to counter a resumption of Iran’s previous nuclear program. This would re-open the option of additional sanctions, including the possible threat or use of force which, in turn, would allow Iran to invoke the withdrawal clause foreseen by Article 10 of the Non-Proliferation Treaty (NPT). We have witnessed this scary scenario on the Korean Peninsula. Three years after withdrawing from the NPT, the DPRK exploded its first nuclear weapon. This year, we witnessed its fifth nuclear test and probably the first steps towards the establishment of a rudimentary nuclear arsenal.

Europe must prevent a repetition of the Korean scenario in the Middle East. EU leaders must continue to support and implement the JCPOA and to strongly encourage the incoming US Administration to do the same. 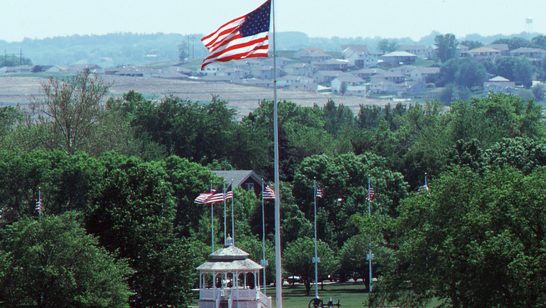