The election of a new American president inevitably ushers in a new era for international nuclear policies. That is not because the US can, acting on its own, determine those policies. Such is clearly not the case. But the US is, and will remain, an indispensable participant in any deals to carry forward nuclear disarmament and to strengthen non- proliferation. So we Europeans need to think through carefully the implications in this field of a Trump presidency. We should not rush to judgement simply on the basis of a rag-bag of disparate campaigning statements. But we should not ignore the reality that some of these statements, if turned into policy, could be very damaging both to the US and its allies. We are entering a period of uncertainty, and in no policy field is uncertainty more high risk than that of nuclear weapons.

Looking just at what Donald Trump said during the campaign there is plenty to worry about. Not a word about further moves to negotiate a reduction in strategic nuclear arsenals or the withdrawal of tactical nuclear weapons from Europe. Much hostility towards the P5+1 agreement with Iran constraining for fifteen years that country’s uranium enrichment capability and other aspects of its nuclear programmes. The hints of acquiescence in Japan and South Korea acquiring nuclear weapons, which would surely sound the death knell for the Nuclear Non- Proliferation Treaty. And a good deal of ambiguity about NATO ‘s policy of nuclear deterrence which has helped to maintain the peace in Europe for seventy years.

So what could a European response to these indicators be? I would suggest that we should certainly not resile from our support both for further reductions in the grossly excessive nuclear arsenals which still exist and for the withdrawal of tactical nuclear weapons from Europe where their continued presence responds to no sensible military requirements but does increase risks and fear. But we should be under no illusions that early progress on either of these issues is at all likely. That is not just because the incoming US president has not shown any interest in pursuing them, but also because Russia’s current policy of uttering veiled threats about the possible use of nuclear weapons and its narrative, completely misguided in the view of most other Europeans, that Russia’s conventional inferiority makes it vulnerable to aggression by the West, justifies resisting any reduction in its nuclear posture. That mistaken narrative can only be corrected over time and through patient dialogue in which both sides listen to and take account of the others’ concerns. A resumption of NATO/Russia contacts could be a help in that respect.

Then there is the P5+1 agreement with Iran, reached after so much complex and tough negotiation on both sides and being overseen, so far with no evidence of backsliding on Iran’s part, by the International Atomic Energy Agency. On this it would surely make sense for all the non-US signatories to the agreement to make it clear to the incoming US administration, quietly and without too much public posturing, that they intend to stand by their commitments and to apply the provisions of the agreement so long as Iran continues to do so too. This would make it clear that, if the US were to back out of its commitments, they would be on their own, as they were for many years in imposing trade sanctions on Cuba – and that was not a huge success. It could also be worthwhile to explore some ways of globalising and generalising the constraints on the enrichment of uranium and on the use of plutonium for civil power generation which are contained in the Iran agreement. Such a widening of the constraints in the Iran agreement would not only be worthwhile in its own right but could make that agreement more sustainable in the long run and more obviously in the general interest.

Any encouragement of, or acquiescence in, the idea that Japan or South Korea should acquire nuclear weapons would not only scupper the Nuclear Non-Proliferation Treaty regime but could also set off a nuclear arms race in East Asia. It will be important therefore that no more is heard of that. If North Korea’s growing nuclear weapons capability is to be effectively addressed, and it does need to be, then a necessary condition for that will be close cooperation between the US and China, which parts of the Trump trade policy and climate change agenda seem unlikely to encourage. The Europeans may need to take a less detached view of these dangerous developments in East Asia than they have done in the past.

The single most worrying aspect of the Trump agenda, for Europeans at least , has to be the hints of less than firm commitment to NATO’s policy of nuclear deterrence. It is one thing to press Europeans to devote more resources to their own defence which, in current circumstances, is clearly justified; it is quite another to suggest that US commitment to Article 5 of the Atlantic Alliance treaty is in some way conditional on the response to that urging. To allow that uncertainty to continue and to grow would be in no one’s long term interest, not even Russia’s. It will merely act as a temptation to brinkmanship and opportunism, which could end in tears. So some early way of laying that uncertainty to rest, perhaps in President Trump’s inaugural address on 20 January 2017, is highly desirable.

The consideration of these issues of nuclear policy cannot sensibly be pursued as if they were entirely separate from a range of other issues. The hard fact is that the whole rules-based structure of international affairs which has been so laboriously built up over the last seventy years since the Second World War and which has contributed so significantly to the world’s prosperity and security, is under challenge, often as much due to inadvertence and the lack of political will to defend it as by the conscious design of those who want to undermine and to overthrow it. Another inaugural event, the installation of the new UN Secretary-General, Antonio Guterres, will also take place in January 2017. It would be good if those five recognised nuclear weapon states who are also the five Permanent Members of the UN Security Council could set about working together, alongside the new UN Secretary-General, in a more purposeful way than they have been doing in recent years. 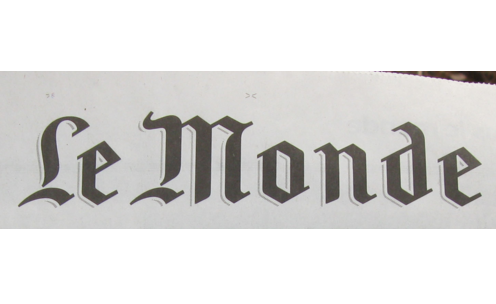