States parties to the Nuclear Non-Proliferation Treaty (NPT) will be meeting in New York in April to review and discuss the operation of the Treaty. Few expect that this review will be overwhelmingly positive. While the Treaty has successfully reigned in the proliferation of nuclear weapons, the five nuclear weapon-states (NWS) recognised by the Treaty have failed to convincingly ‘pursue negotiations in good faith’ towards nuclear disarmament, as the Treaty obliges them to.

These five NWS – the US, Russia, China, France, and the UK – will meet this week in London in preparation for April’s Review Conference. This ‘P5 Process’ was established by the UK in 2009 to explore measures that might catalyse and demonstrate NWS commitment to nuclear disarmament, and has since grown to incorporate a number of specific work streams aimed at specific commitments made at the previous NPT Review Conference in 2010. This week’s homecoming meeting of the P5 Process will be the last opportunity for the NWS to prepare some form of united demonstration of their work before April’s review conference.

Such a convincing demonstration is sorely needed. Most of the ‘concrete steps for the total elimination of nuclear weapons’ agreed at the last Review Conference in 2010 have gone unfulfilled. The Comprehensive Nuclear-Test Ban Treaty is yet to enter into force. A Fissile Material Cut-Off Treaty is no closer to being negotiated. Separately, a Conference towards a Weapons of Mass Destruction Free-Zone in the Middle East has yet to convene.

Unfortunately, demonstrating that NWS are working together constructively will not be easy. The 2010 Action Plan set a very high bar for the P5 Process, tasking it with reducing overall numbers of nuclear weapons, diminishing their ‘role and significance’ in defence and foreign policy, and discussing policies that would eventually lead to nuclear disarmament. Since then, none of the five NWS have announced any new reductions, and all are in the process of modernising their nuclear forces. Russia has in fact deployed more nuclear warheads than it had in 2010, and has tactlessly blown its own trumpet as a nuclear weapon state. Nuclear disarmament seems further away today than it did five years ago.

This is not to say that the P5 Process has nothing to show for itself. The five NWS collectively unveiled a new common framework for reporting NPT implementation at a preparatory meeting of NPT State Parties last year. They are also set to launch a multi-lingual glossary of nuclear terms, perhaps at its meeting this week. While the framework demonstrates that the P5 can produce concrete outputs to deadlines, it fails to generate a common metric by which to compare and contrast NPT implementation amongst the P5. The glossary will prove useful if a multilateral arms control or disarmament agreement were ever to emerge amongst the five NWS. Unfortunately its impact may be lost amongst a thick padding of uncontroversial terms lifted from existing texts and agreements.

These underwhelming products should not be allowed to overshadow the value of the P5 Process as a whole. As noted elsewhere by Andrea Berger and Professor Malcolm Chalmers, involving traditionally reticent NWS (such as China) in discussions surrounding nuclear disarmament is an important step. Whilst the P5 Process is not going to create a miraculous consensus on all issues, the value of identifying areas of agreement and disagreement should not be underestimated.

The five NWS should do their upmost to demonstrate this to sceptics, who now include one of its founders, former UK Defence Secretary Lord Browne (who described the group as a ‘cartel’). First, displaying greater transparency would dispel the distrust accumulating within non-nuclear weapon states (NNWS). The Civil Society meetings accompanying NWS gatherings are a welcome start, and should be formalised and expanded.

Second, the five NWS need to reassure NNWS that they will not obstruct other disarmament forums for the sake of maintaining an artificial consensus within the P5 Process. Their approach to Humanitarian Impact of Nuclear Weapons process is a case in point. Having collectively boycotted the first two conferences on the topic, the US and UK split with their P5 partners last year by attending the most recent conference in Vienna. This should serve as a sign of NWS flexibility and not as a disruption to the P5 Process.

Thirdly, and most importantly, the P5 Process should focus on promoting, coordinating, and discussing workable partnerships between pairs or groups of NWS, instead of trying to prepare consensus-based lowest-common-denominator products.

The evolving network of verification partnerships amongst some NWS and beyond are prime examples of the initiatives the P5 Process should seek to support. Since 2000, the UK has been working with the US to explore verification technologies and procedures for nuclear warhead dismantlement; an area the UK has since separately explored with Norway. The UK has also gone on to establish a verification dialogue with China, and an outline work plan for this initiative – which will likely focus also on technical aspects of warhead dismantlement – may well be announced in April. The new International Partnership for Nuclear Disarmament Verification – launched by the US last December – will cast its net wider; bringing both NWS and NNWS together to explore disarmament verification beyond the dismantlement of warheads.

The P5 Process could serve as a useful ‘clearing house’ for verification projects and expertise, which would allow each member to contribute where it feels most comfortable, both politically and technically. The ongoing Nuclear Security Summit series – in which interested states publicise and coordinate efforts towards improving nuclear security – could serve as a useful inspiration.

While neither China nor Russia will embrace the concept of a NNWS role in disarmament verification any time soon, they could still benefit from the work of their fellow NWS. During the Cold War, scientific exchanges between the US and Russia on treaty verification helped defrost relations between the two powers and ultimately served as the platform upon which their current strategic arms control relationship is built. Maintaining a discussion about their shared experiences within the P5 Process could well play a similar role in the future.

Pursuing nuclear disarmament will inevitably involve tackling difficult questions about how this process should be monitored and verified. Working through these problems in a collaborative and inclusive manner will go a long way towards building confidence in NWS commitments to nuclear disarmament, and therefore strengthening the NPT. When the UK first introduced the P5 Process at the Conference on Disarmament in 2008, its stated aim was ‘to develop technologies for the verification of nuclear disarmament’. It seems fitting that when the P5 Process returns to the UK, it also considers returning to its roots. 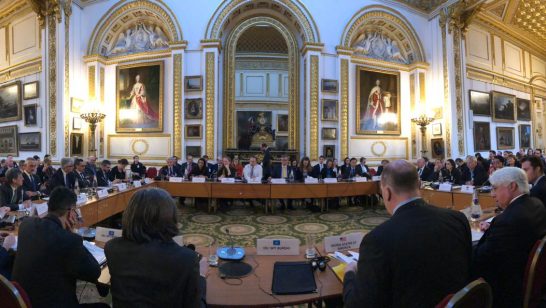 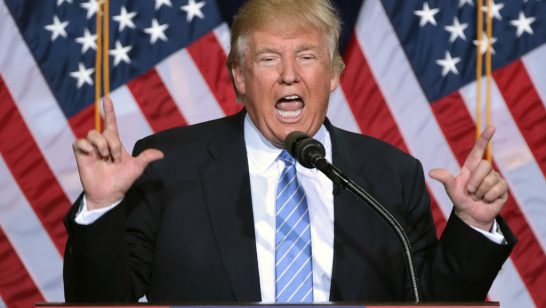