I welcome the First Committee of the United Nations General Assembly’s resolution A/C.1/71/L.41 on ‘Taking Forward Multilateral Nuclear Disarmament Negotiations’ and, whilst regretting the fact the nine known nuclear powers, including the UK, failed to sign the agreement, it is still pleasing that 123 states supported the next step towards a nuclear free world.

The Scottish National Party (SNP) support a rules based international order committed to peace and nuclear disarmament and, as such, naturally see dialogue at the United Nations as an appropriate means of bringing the world closer to disarmament. The job for all of us who agree with this proposition is to convince the 38 countries which voted against and the 16 which abstained.

Before discussing the practical implications of the resolution, I would like to take the opportunity to reflect on the general case for nuclear disarmament.

The renewal of nuclear weapons is a 20th century solution to a 21st century problem. The most significant threats we face today come from terrorism, cyber-attacks, hybrid warfare and climate change. That these threats cannot be tackled with nuclear weapons was encapsulated by President Obama who, when writing in the memorial book at Hiroshima, asked “who are we pointing it at?” The UK’s retention of its nuclear arsenal is about prestige, not military necessity.

In the UK, the finance for its four Trident nuclear submarines, housed in the Faslane military base on the Clyde basin, just 25 miles from Scotland’s largest city of Glasgow, is taken from the central defence budget. The Tory Chairman of the Commons Foreign Affairs Committee, Crispin Blunt, has calculated that the total cost of the next generation of Trident at £179 billion over its lifetime. At a time of economic austerity– with more than £40 billion to be cut from public services by 2020 – it is wrong to prioritise an outdated nuclear weapons system that we in Scotland do not want and that the UK does not need and can never use.

Indeed, the SNP has long called for money saved on Trident to be reinvested in conventional forces. There are no major surface warships based in Scotland and personnel numbers are at a historic low: Trident is leaving Scottish defence increasingly threadbare. The Ministry of Defence’s own figures show that between 2010 and 2014, under the previous Tory-led coalition government, defence personnel in Scotland were cut by 3,300; an 18.7 per cent reduction. If we go back further to 2000, 10,170 such jobs have been shed across Scotland, with an overall reduction of 41 per cent – compared to 28 per cent across the UK.

Of course, the removal of Trident is about more than the cost. Having housed them for almost half a century, Scotland finds itself as an anti-nuclear nation tied to a pro-nuclear state. Civic Scotland, through the STUC, Scotland’s Churches and the Scottish Parliament, is opposed to Trident, and there is cross party support for this with the Greens and Scottish Labour alongside the SNP which has won elections in 2007, 2011, 2015 and 2016 running on an explicitly anti-Trident manifesto. On 19 July 2016, 58 of Scotland’s 59 MPs voted against the decision to renew the Trident nuclear weapons system. Among the population, an IPSOS MORI poll from February 2016 found a majority of Scots in favour of ditching Trident and a UK wide poll released this week shows only 45% of respondents in favour of renewal.

With regards to implementing Scotland’s wish to live in a world free of nuclear weapons, we are all aware that the process of disarmament has been a long battle and will take some time to conclude. I was delighted when SNP MSP Bill Kidd, co-president of global group Parliamentarians for Nuclear Non-proliferation and Disarmament (PNND) was named in the anti-nuclear group’s nomination for Nobel prize which was nominated for the prize by a member of Turkey’s Republican People’s Party (CHP).

Preceding resolution A/C.1/71/L.41, by several decades, the 1968 Treaty on the Non-Proliferation of Nuclear Weapons (NPT) committed all its signatories to “pursue negotiations in good faith on effective measures relating to cessation of the nuclear arms race at an early date and to nuclear disarmament.” The International Criminal Court of Justice, in 1996, confirmed these states have an obligation to conclude these negotiations.

More recently, the January 2016 Joint Comprehensive Plan of Action agreed between Iran and the P5+1 countries (China, France, Russia, the UK and US plus Germany) along with the EU ensured that Iranian uranium stockpiles will be reduced to such levels that the country will have no capacity to realise its previous nuclear ambitions. Sanctions on Iran in regard to nuclear activities are being suspended in line with its reduction in nuclear capacity; showing that international agreement on nuclear non-proliferation can work and bring various benefits where there is a political will.

The UK itself has a National Counter-Proliferation Strategy designed to stop terrorists, as well as rogue states such as North Korea and Iran from gaining weapons of mass destruction as well as help Russia and other nations continue with the destruction of nuclear weapons stockpiles. In terms of non-state actors, the 2004 UN Security Council Resolution 1540 contained an agreement that states would not support any non-state actors who might try to “develop, acquire, manufacture, possess, transport, transfer or use nuclear, chemical or biological weapons and their means of delivery.” Whilst we welcome attempts aimed at preventing the proliferation of nuclear weapons by states and non-state actors who do not currently have such capacities, it is now time for the international community to be as bold when it comes to the arsenal of existing nuclear states.

This resolution, in a world where there are no world-wide disarmament negotiations taking place, could serve as the moral foundation upon which practical disarmament can take place. Whilst proposals to reduce the global stockpile to reduce the world’s joint 15,000 strong nuclear stockpile, go in the right direction, it is vital that the world agrees the goal of eliminating all weapons, even if this will take some time. The current system – which is seeing nuclear arsenals modernised and even increased – is not working and, whilst a treaty banning nuclear weapons cannot alone bring nuclear disarmament to the world, what the motion can do is inject fresh energy into the disarmament movement and send a clear message to nuclear states that their modernisation programmes are going against the grain of the wishes of the international community. For those states without an arsenal which are becoming increasingly frustrated with the slow pace of change, supporting this motion is the best means by which they can encourage orderly disarmament.

The next step towards achieving a world free of these outdated weapons is the creation of an international consensus that the nine known nuclear powers disarm. Only when we have established moral consensus on this issue will be able to move towards practical disarmament. I call for all states to support resolution A/C.1/71/L.41. Only then can the international community move forward on the long process of nuclear disarmament. 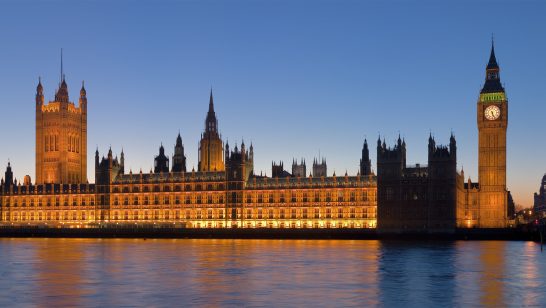 Alice Billon-Galland was invited to contribute to the recently published House of Lord’s International Relations Committee’s inquiry on the future of UK foreign policy. 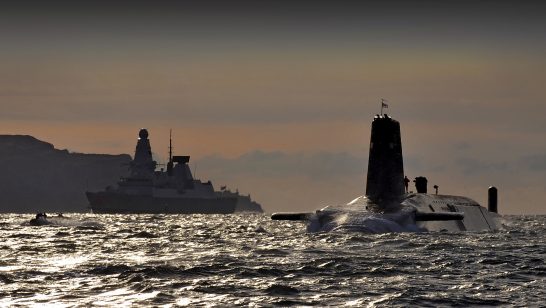 Nick Ritchie of the University of York criticises the security value of the British nuclear deterrent, arguing that its maintenance and renewal is detrimental to British security and the national discourse.