The US withdrawal from the Joint Comprehensive Plan of Action (JCPOA) and ensuing “maximum pressure” campaign against Iran has led to a diplomatic clash with the European Union and a quorum of its member states who are striving to protect the nuclear deal. There is, however, one issue on which US and European officials seem to be in agreement: that the Iranian people should be spared from the hardships of economic sanctions. Senior officials in the Trump administration have consistently emphasized that US sanctions are targeted against Iran’s leadership and not its ordinary citizens. If genuine, such statements point to one potential area of cooperation between Europe and the United States: ensuring that humanitarian trade can persist even under stringent US sanctions on Iran.

The latest ELN policy brief by Esfandyar Batmanghelidj and Axel Hellman suggests that the European Union’s recently announced special purpose vehicle (SPV) to facilitate financial transactions with Iran could prove an unlikely venue for cooperation, if established with a focus on humanitarian trade. Europe should make humanitarian trade the foundation of its economic relations with Iran through the establishment of a humanitarian SPV (H-SPV), which the United States, along with other actors, could be invited to join.

The establishment of an H-SPV could help Europe achieve several goals:

To achieve these goals, the H-SPV should be established in accordance with these criteria: 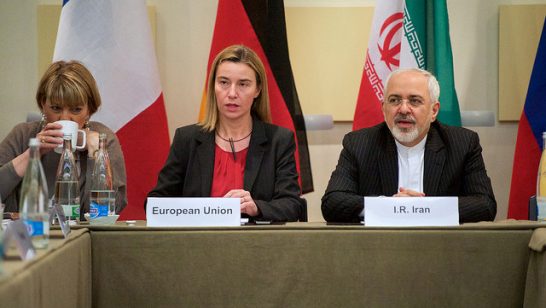 Shouldering the sanctions: A future for EU-Iran energy cooperation

As the future of the Iran nuclear deal looks increasingly uncertain, European leaders must take measures to protect economic and political relations with Iran. Axel Hellman and Dr Bijan Khajehpour argue that European SMEs can play a significant role in maintaining trade between Europe and Iran.