In December 2017, the Nobel Peace Prize will be awarded to the International Campaign to Abolish Nuclear Weapons (ICAN) for their work on the negotiation of the Treaty on the Prohibition of Nuclear Weapons (TPNW).

To examine the implications of this treaty for the global nuclear order, the ELN has commissioned a collection of essays, bringing together contributions from a distinguished group of nuclear policy and arms control experts. They present current national and institutional attitudes towards the nuclear ban treaty and assess whether these are likely to change over time.

By offering analyses on the different perspectives, our aim is to encourage a better understanding of the underlying motives and objectives of the treaty, the humanitarian impacts movement and the rationale of those who are cautious or hostile to the treaty.

By exposing the most contentious aspects of the debate this approach offers a means of identifying opportunities and initiatives to reconcile the different approaches to nuclear disarmament and unite the international community around a practical, future-oriented programme of action that could lead to the reduction and ultimately the elimination of nuclear arsenals.

From the contributions and the ideas suggested by the authors of this collection a set of recommendations can be distilled which could pave the way for re-focusing attention away from divisive factors and instead bring these opposing camps together.

Emil Dall is a Research Fellow in the Proliferation and Nuclear Policy Programme at the Royal United Services Institute (RUSI).

Dr Matthew Harries is the Managing Editor of Survival and a Research Fellow for Transatlantic Affairs at the International Institute Strategic Studies (IISS).

Paul Schulte is an Honorary Professor at the Institute for Conflict, Cooperation, and Security University of Birmingham; Visiting Senior Research Fellow at the Centre for Science and Security, Department of War Studies, Kings College London; and Research Associate at the School of Oriental and Afrcial Studies.

Dr Nikolai Sokov is a senior fellow at the James Martin Center for Nonproliferation Studies and the Vienna Center for Disarmament and Non-Proliferation. He previously worked at the Soviet and Russian Ministry for Foreign Affairs and participated in the START I and START II negotiations.

Dr Hirofumi Tosaki is a Senior Research Fellow of the Center for the Promotion of Disarmament and Non-Proliferation (CPDNP), The Japan Institute of International Affairs (JIIA).

Raymond Wang is a Graduate Research Assistant at the James Martin Centre for Nonproliferation Studies. Previously he was at the Carnegie-Tsinghua Center for Global Policy.

Dr Tong Zhao is a Research Fellow in the Nuclear Policy Program at the Carnegie Endowment for International Peace, based in Beijing at Carnegie–Tsinghua Center for Global Policy.

Dr Heather Williams, Lecturer in the Defence Studies Department at King’s College London (KCL) and Amelia Morgan, Research Assistant at KCL’s Centre for Science and Security Studies (CSSS) examine how the United States and Russia could become more responsible nuclear actors and strengthen the global nuclear order at a time when it is most fragile. 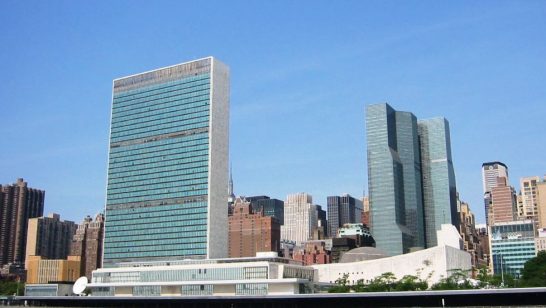