The humanitarian initiative has fundamentally changed the way nuclear weapons are discussed internationally. The series of conferences hosted by Norway in March 2013 and by Mexico in February 2014 have shifted the discourse. The starting point is now a clear understanding of the unacceptable humanitarian effects of these weapons. This has been the most significant development in nuclear disarmament in recent years. Even nuclear-armed countries like the US and UK – which initially criticised the discussions as a “distraction” – have decided to participate in the third conference of this initiative, hosted by Austria in Vienna on 8-9 December.

This collective reframing exercise amongst the nuclear disarmament community has been accompanied by the energetic development of the International Campaign to Abolish Nuclear Weapons (ICAN). Now counting 360 partner organisations in 90 countries, this campaign has helped bring young people and new types of organisations into discussions on nuclear weapons. ICAN has a clear and uniform message for all interested states: to begin, immediately, negotiations on an international treaty banning nuclear weapons – even if some states may initially not wish to join. The ban treaty idea is emerging in conjunction with the humanitarian initiative as a logical and compelling next step for states no longer willing to accept the status quo on nuclear disarmament. As they have banned biological and chemical weapons, states must now complete the prohibition of weapons of mass destruction by outlawing nuclear weapons.

This shift in the discourse on nuclear weapons represents a real change. If the way we talk about nuclear weapons can change so dramatically simply through evidence-based conferences without negotiated outcomes, we should be confident that progress can be made with a diplomatic process towards a treaty prohibiting nuclear weapons.

A joint paper published in May 2014 by Article 36 and Reaching Critical Will sets out some thinking on the possible content of such a treaty, how it could be achieved and what its potential impact could be. We are talking about a relatively short and straightforward legal instrument. It would contain prohibitions on use, development and production, transfer, stockpiling, deployment and assistance with prohibited acts. It could include some positive obligations on the rights of victims of nuclear weapon use, on decontamination and remediation and on cooperation and assistance. It would also require the elimination of nuclear weapons for those states that possess them. The specific processes for elimination could be left for the nuclear-armed states to agree when they are ready to do so. Such a treaty could move ahead with all those states ready to prohibit nuclear weapons under international law, rather than having to wait for all the countries to decide that the conditions are right. This treaty will help to create those conditions.

There has been some discussion on the merits of this ban treaty approach, so it is worth noting some points of clarification.

The ban treaty should be seen as one initiative that can have a tangible outcome in the relatively near term. It is not presented as the only action necessary to achieve nuclear disarmament. It is not reducing the need for pursuing disarmament measures by states that wield these weapons yet do not initially join the treaty. All efforts towards elimination must be pursued, including ending the modernisation of nuclear arsenals.

The conviction that states should move ahead even if certain states do not participate is not meant to exclude any states or divide the nuclear disarmament community. It is simply recognition that those states that are ready to undertake an international prohibition can and should go ahead with that specific element. It could be seen as a building block in the broader construction of elimination. A ban treaty will undoubtedly have an impact on nuclear-armed states and their allies, although there are important differences in nuclear policies amongst the nuclear-armed and nuclear-allied states. The national debate on Trident renewal in the UK, for example, would be significantly different against the background of international negotiations on a nuclear weapons ban treaty. Even if some might dispute the potential impact of a treaty, the norm it embodies will certainly not make elimination less likely. It will provide the legal clarity and moral authority required for elimination.

There will of course need to be further discussions amongst states about the way forward. In these discussions, it should be clear that a ban treaty would be compatible with existing mechanisms and efforts on nuclear disarmament and non-proliferation. It would build on the Nuclear Weapon Free Zones, the CTBT, the NPT, national legislation and existing international law. It would bring all this together as an unequivocal instrument that will be a fundamental part of the global framework for the elimination of nuclear weapons. The working paper issued by the New Agenda Coalition at the 2014 NPT Review PrepCom on effective measures for nuclear disarmament is a useful starting point for these discussions. It will be important to take that paper into consideration during the panel on legal matters at the forthcoming Vienna conference.

The Vienna meeting will build on the evidence-based discussion of the effects of nuclear weapons and the grave risk they pose to societies and the environment. If they acknowledge this evidence, reasonable governments will have to conclude that a response is needed going beyond our efforts to date. Already in Oslo and Nayarit many governments called for a new legally binding instrument to prohibit and eliminate nuclear weapons. We expect these calls to multiply and intensify in Vienna and we hope states will make it clear that they intend to continue the humanitarian initiative in 2015 and demonstrate ‘resolute normative leadership’ for an open and inclusive diplomatic process to outlaw nuclear weapons. 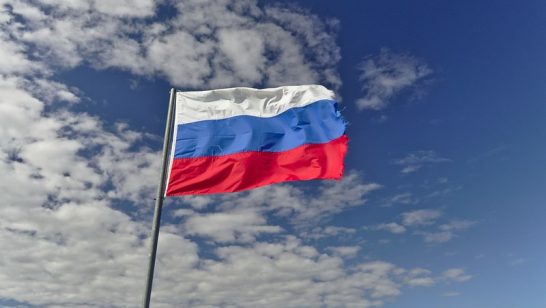 Moscow views a lack of tangible deliverables as a serious impediment to the effectiveness of the P5. 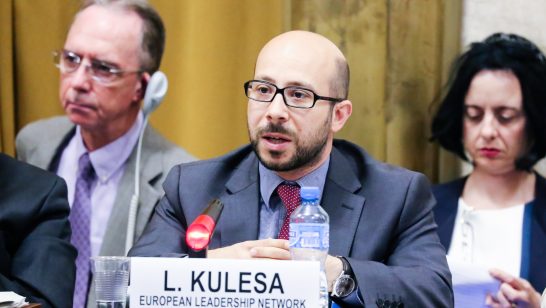 On Tuesday 9 August 2016 ELN Research Director Łukasz Kulesa took part in an informal plenary meeting of the Conference on Disarmament (CD), devoted to discussing the main international challenges to reaching progress in disarmament, primarily in the nuclear sphere. The meeting, organised...