After more than a year of negotiations and crises, President Trump decided to withdraw from the Iran nuclear deal last week as he announced that the United States would unilaterally reimpose sweeping sanctions targeting the Iranian economy. In announcing this decision, Trump drew a direct line to his ongoing negotiations with North Korea and emphasized how his decision would bolster U.S. leverage over the regime in Pyongyang. The decision, he said, demonstrates that “the United States no longer makes empty threats.”

While withdrawal will let United States once again use aggressive sanctions against Tehran, this decision will – paradoxically –  negatively affect Washington’s ability to successfully use economic pressure in the future. These measures have been one of the most powerful U.S. foreign policy tools – what brought Tehran to the negotiation table in the first place. Yet, the U.S. administration is putting this powerful instrument at risk.

The damage caused by short-sighted use of sanctions on Iran will spread because these measures do not exist in isolation. Each case sets a precedent that informs future use. Separate sanctions episodes are therefore inextricably linked. Muddle on Iran sanctions will become muddle on Russia sanctions. Uncertainty over Venezuela will become uncertainty over North Korea.

The reintroduction of sanctions as part of the termination of the Iran deal will harm U.S. credibility in two key areas required for the success of any sanctions program.

First, the withdrawal will hurt U.S. credibility with the countries targeted by its sanctions. If a sanctioned country is to accede to U.S. foreign policy demands, it has to believe that U.S. officials will lift sanctions in exchange. Conversely, if it expects to be sanctioned regardless of meeting the original demands, it is less likely to succumb to the pressure – after all, what can it gain by complying? These dynamics are particularly pertinent in the Iran case, where Iranians are unlikely to believe that Washington will abide by a new deal as from their perspective, the United States never truly honoured its commitments under the current deal.

But these consequences are not limited to one case, and the Trump administration’s reneging on the Iran deal could harm negotiations in other cases.  For example, if Russia no longer believes that the United States will lift sanctions in exchange for Moscow’s compliance with the Minsk agreement resolving the Ukrainian crisis, it will be less likely to cooperate.

Second, by reimposing sanctions on Iran via withdrawing from the JCPOA, the United States is losing not just its credibility with adversaries but also the trust of its allies and partners. Coordination with other countries has been key in previous effective sanctions efforts. On Russia, it has been European countries who most limited their business with Moscow and who imposed the greatest costs on their Eastern neighbour. Similarly, on Iran, it was Europe that cut its trade with Tehran most drastically. Now, it will be European companies that will have to shoulder most of the cuts in oil imports and who will have to leave their investments behind, if U.S. sanctions are to have an effect. Yet, European concern over U.S. exit will be especially acute in the absence of any evident Iranian violations and Washington’s decision to act unilaterally.

The damage caused by the U.S. exit from the Iran deal is also rolling back significant effort by U.S. officials to broaden international support for US sanctions policy to keep them effective. Holding onto credibility with opponents and trust from allies takes work. The Trump administration should know this. Since last summer, U.S. officials have spent countless hours to rebuild transatlantic understanding when European officials were angered by new U.S. sanctions on Russia. Similarly, as Vice President Pence’s recent speech at the Organization of American States shows, the United States has successfully worked to build a truly multilateral strategy of pressure to resolve the Venezuelan crisis. Now the Trump administration is undoing that work and squandering that goodwill.

Given the looming threat from the Korean peninsula, compromising U.S. credibility for short-sighted pressure on Tehran is deeply counterproductive. The perception of going back on a deal with Tehran will harm any negotiation efforts with Pyongyang by making the United States seem less credible. It will also hurt chances of forging a strong multilateral framework for resolving similar future crises. Since any successful sanctions effort against North Korea necessarily depends on cooperation from China, preserving trustworthiness with partners in sanctions programs is key.

At a point when Washington is also seeking to use sanctions as a lever against a nuclear North Korea, an oppressive regime in Venezuela, and an assertive Russia, establishing credibility with adversaries and coordination with allies is more important than ever. By reintroducing penalties for trading with Iran, the United States may have just accidentally jeopardised the success of sanctions as a foreign policy tool.

Saving the JCPOA: the EU has to work with Russia and China

Moscow-based non-proliferation experts Andrey Baklitsky and Adlan Margoev argue that the EU will not be able to save the Iran deal on its own, and it should urgently reach out to Russia and China to co-ordinate actions after US withdrawal from JCPOA. 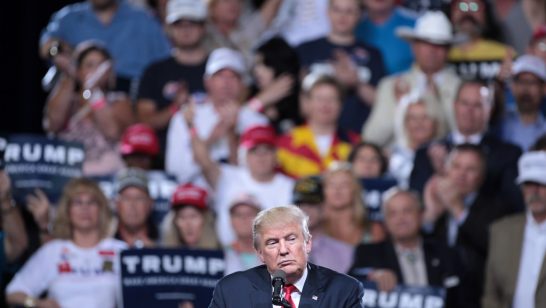